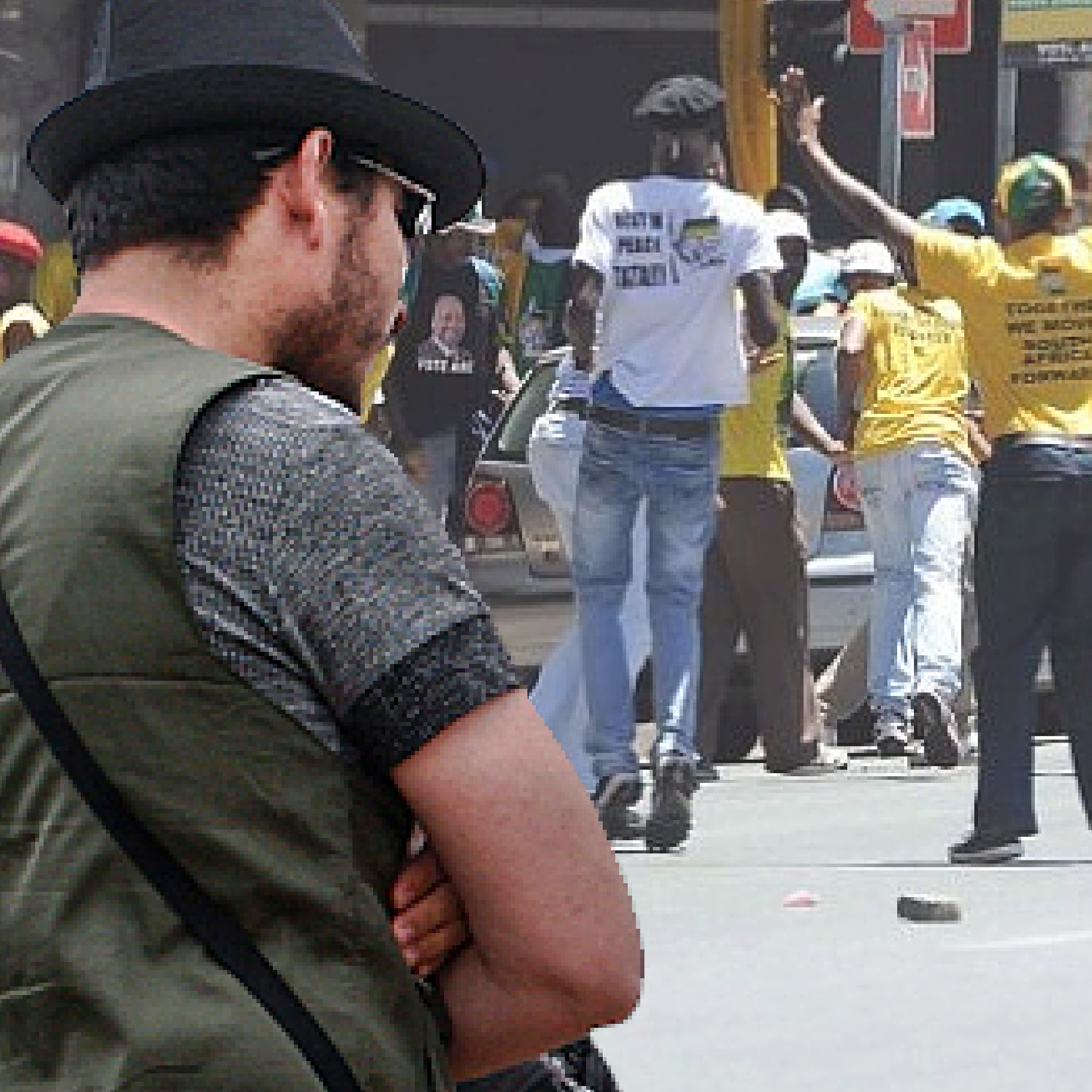 Unlike most influencers and writers who convene their observation from a subjective perspective when it comes to conflicting criteria similar to the business world like its economic interest vs. social responsibility, there is a need to annotate what is really going on from an objective angle to see how these things are in fact bound and sorted out together by a predetermined time.  Like a growing child, our industrial era is experiencing maturity, an era where both producers, who once were self -absorbed though not necessarily selfish, and consumers, who were highly constrained and thus vulnerable, have reached an age of fertility through a medium which we call technology. And since technology has geared people’s skills, viewing it from a subjective outlook is akin to a lot of complexities on the one hand but consistent, or else conducive to growth from an objective point of view, on the other.

As responsible influencers and writers, our stimulus should not be spent only on those subjective inferences and those growing predicaments that are tentative anyway, but instead show them the broader component in the interest of everyone’s self-interest or sustainability.

We have now a growing noise in the arena of preserving our environment while stifling the damage that we ourselves are liable of. We have an aggravated mass movement blaming capitalists and are agitated by the gap between the rich and the poor thus overlooking capitalist interest to acquire more assets to either supply consumers' needs further or to support newer consumers’ trade-in benefits in an open market.

So while for a time our world has to go through some arduous displacements every now and then, our call as responsible bellwether is never to fan those one-sided flames that deter growth, if not suppress it.

In other words, expose’s should never be meant to be an end in itself but a notch to enable us to look beyond and deliver those more advanced benefits that has a significance for everyone.


If our role is to press progress we cannot recklessly be in the casualty side only but rather to aspire or act maturely since we only have that faculty and competence.

Posted by fearthersfurandfins at 6:00 AM No comments: 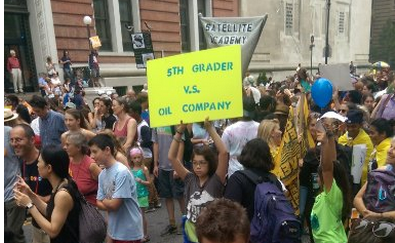 To quote Al Pacino from Scarface: "In this country you gotta have the money first. Then when you have the money, you have the power". As long as the big oil companies are in charge (overtly or covertly), we can march until our heels are totally worn off, but it will not make any difference. Don't kid yourself, 100 years ago we already had the resources, techniques and inventions to make each individual on this planet rely on renewable and sustainable energy sources. We humans are fools driven by greed and corruption. We live in a capitalistic world where we have everything we need and desire, but still it is not enough. History will repeat itself and only major catastrophes or WWIII can shake us up. That's the sad truth.

Business growth & management specialist
In Filip Chlipalski short comment, I gathered 3 assumptions that need to be properly evaluated. While it is true that money and power are synonymous, (1) the paragon of producers over consumers have been reversed owing to technology resulting to a growing well-informed consumers. Therefore its approach is off the mark http://bit.ly/1reVieV . (2) An indiscriminate assumption of an industrialist economic system (Capitalist) that consequently supports greed and corruption http://bit.ly/1dHST2b see this article under ethical issues. (3) Major catastrophes or war is not the only handlers to change but a paradigm shift.

Editable version is located here http://bit.ly/1tTCqo4 for wiki collaboration
Posted by fearthersfurandfins at 3:34 AM No comments:

I cannot help respond to this open letter of Melissa http://linkd.in/1udUmJS, that places the primary purpose of educators to produce employable citizens.

First because it assumes that the global 21st century economy is synonymous to our previous era where a chance of opening up your own business enterprise is limited only to a few. In other words, we must not limit a student’s career to mean ending up as an employee but ‘career ready’ to mean, capable of following a ‘choice’ in life because of certain foundational preparation as their armament.

Second, while it’s true that the assumption to convey our economy by ‘unemployment rates’ which has never been a good index to measure the fortune when it comes to workers competence or the wealth of the nation, nonetheless when one starts to evaluate the quality of the countries work force according to the quality ratio of those who are already under employment and those who are struggling to get in the business leaders door is tantamount to making that same mistake.
Third, unlike before, institutions are the role players when it comes to outfitting a student, now it’s the other way around and to the greater benefit of our students and the nation in view of the fact that the ‘heart of our economic effectiveness’ lies on one’s individual choice and supported by a service provider. An institution does not have the capacity to choose what’s best because institutions bound by the few cannot reach an extensive grasp of things. In other words, no one can design and no one has the ability to manage the free market but rather the upshot of individual choices will take care of it. This is much of the failure of our conventional theorems which has seemingly thrived before since that market has not yet been liberated and of which is now slowly taking its toll on us.

In conclusion, in economics, when our conventional theorems that require that sort of intellectual premise, it can no way advance society, strengthen our depth of knowledge of our economy, and perpetuate prevailing values.

Editable version is located here http://bit.ly/1pGcDcy for wiki collaboration
Posted by fearthersfurandfins at 12:47 AM No comments: 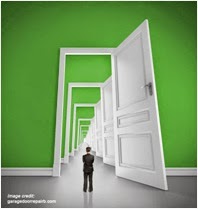 Exploration and Discovery of ‘meaningful patterns’ have since been the vehicle in both engineering applications and the attention of Liberal Art enthusiasts to spawn an ulterior result that has been lying there inoperative. This outlines the picture that fit-out absolutes are way ahead which any person can lay hold of only upon disclosure, and that it is accessed only through the ‘creative manipulation’ and ‘harmonization of material resources and technology’. This is paramount to attaining that objective.
I have been following Donald Farmers position and learned the character that differentiates his Qlik from the rest http://bit.ly/1DcUldv. His notable insight that sketches this human activity to explore and discover meaningful patterns ought not to be delegated or farmed out. And since talents and flairs vary, one’s latent technological skills and information processing skills must be aptly utilized by one and the same person. Furthermore, your title or role in the company or in the industry must match to what you are good at.
My fascination on this development is tremendous since I have relentlessly unfolded to my associates, in my writings and presentations that our horizontally structured era is flattening to amend the horrors of organizational silos. Watch my video presentation on 9 Myths http://bit.ly/1xah5dL that would help unveil why we are not reaping the fruit that our previous generation has painstakingly produced. That these silos are also causing unparalleled setbacks that worked leniently in our previous era because information was behind time and therefore change was sluggish. Also, survival challenges were lean and sparse before. Today, we have the fast pace highway parallel that has overturned our earlier generation; many now are engulfed with changes and the amount of information that is way ahead of time along with the foreboding globalization. The influx of barebones start-ups that is threatening conglomerate firms as it would jeopardize its exclusive grip on their talented employees, as a result of this contesting reality over the costly and inefficient brick and mortar infrastructure vs. the thrift of a virtual infrastructure owned and administered by home owners.
What's more, Donald’s allegory of a wildlife hunter gives us the picture that there needs to be a scraping out of those barren pointers subsequent to one’s evaluation since they only disrupt the expedition and follow the kind of trail that articulates those authentic leads. The more credible are the ones that clear out most if not all bugging questions. Corresponding to one’s measure, it sometimes reaches a point where the need to retract and go back to square one is imminent. Donald’s product vision however which extends beyond business product innovation and design has indeed captured the more latent discovery that is indispensable to our concurrent time which will in its due course scratch out all end user in our business economy.

Posted by fearthersfurandfins at 7:20 AM No comments:

The Impact Of True Economics